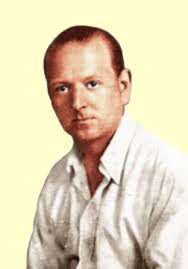 Dr. Edward Bach was a medical doctor who became a bacteriologist and homeopath. Through observing his patients, Dr Bach noticed that patients with the same physical complaints had similar emotional troubles or were going through similar phases in life (grief, empty nest, divorce, adolescence, new job, new school, search for life’s purpose, etc). So, after careful observation and thinking, he concluded that illness was largely a result of mental or emotional imbalance and personality traits. Illness is the way our body tells us that we need to pay attention to something in our lives and within ourselves.
After that simple and profound observation, he concluded that if you could restore balance or prevent the imbalance in the first place, then a person would be well. His work is based on this theory.
Repeatedly throughout his writings, he constantly reminds us of the need to remember our spiritual origins and the connection of body, mind & soul. With simple clarity he explains his understanding that symptoms of disharmony in the body are nothing more than a reminder that the personality is in some way out of alignment with the greater truth of the soul and will ultimately disappear as harmony is brought to an individual’s mental and emotional approach to life.
Dr. Bach believed that harmful emotions were a major contributing factor of disease, and he classified those emotions into seven main categories. These main categories were then divided further into 38 different negative feelings.

Now… How to remove the disharmony between our souls and minds regaining harmony?
Based on the homeopathic law of potentiating, he thought that the healing effects of plants might also be contained in the morning dew found on their flowers. So, this unique energetic property of a plant could be used to rectify an imbalance and restore a person to a place of well-being.
Bach was satisfied with the method, because of its simplicity, and because it involved a process of combination of the four elements. The earth to nurture the plant, the air from which it feeds, the sun or fire to enable it to impart its power, and water to collect and be enriched with its beneficial magnetic healing.

The power of the flowers is within your reach. See testimonials of our clients here or Schedule a Consultation here.